Snake In The Grass!

The game is fairly easy to play, especially if you've played games like Nibbles or Rattler Race or the Snake game that comes with many cell phones. Game play is simple and addictive.

Control your snake to start eating food to grow. Once you start moving, there's no stopping your snake. You can't run into the bushes, other players, or yourself! The faster you move, the more points you'll get. The smaller the fruit the more points it's worth. The more fruit you eat, the bigger you get and then you can move on to the next level. 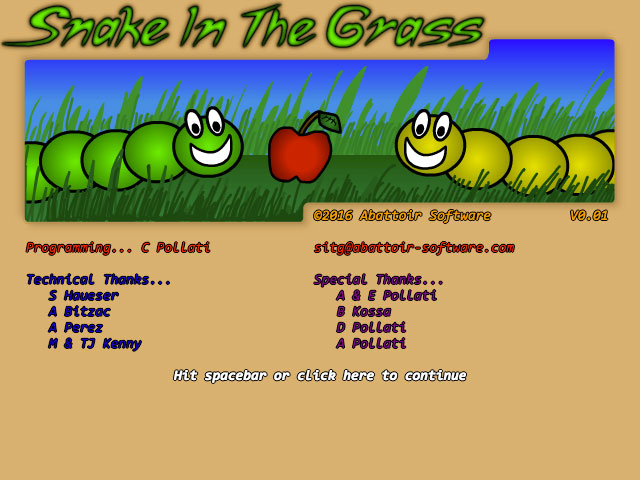 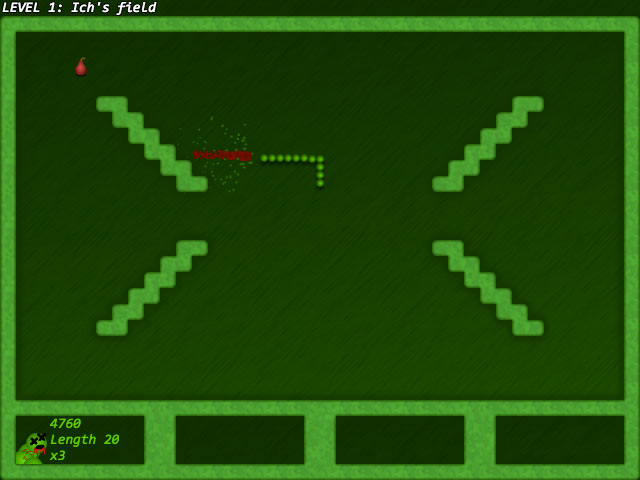 Watch out for those walls! 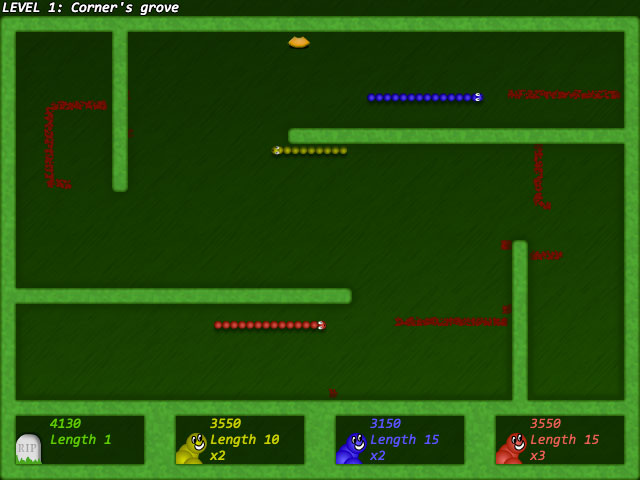 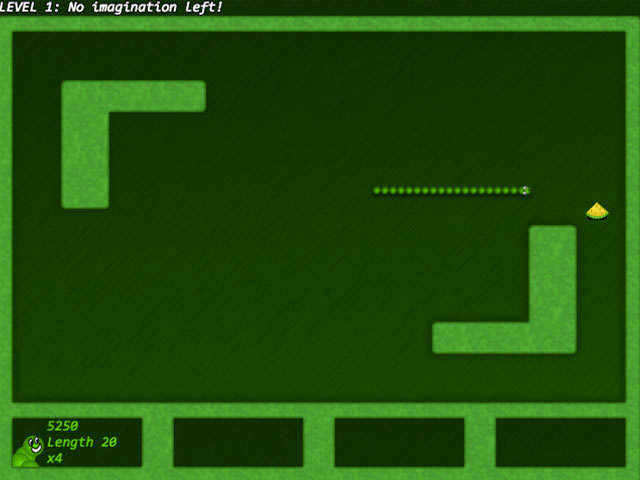 To play the game, you need to visit this page with Flash enabled.

How fast your snake will move. Currently, the snake speed does not increase throughout play. The faster your snake moves, the more points each fruit is worth.

Crazy Fruit will move the fruit around the field. If you select Crazy Fruit, you can then select how long before it moves.


Game Modes (for more than one player)

Snake In The Grass! started on a Christmas day in the early 1990's when I wanted to play Nibbles on my Amiga. There wasn't anything like it on Aminet so I started messing around in AMOS Professional on my A1200. It was my first time working on a game myself. I started realizing how much work really goes into games, after seeing how slow it was to always draw up to 80 bobs for 2 player snakes every frame. I had to think about optimizing it so I only moved 2 of the bobs at a time and changing the palettes so that I could use a sprite for the fruit, just to squeeze out a little more speed. It stated to become a fun game for my friends and I to play, so I though about releasing it on Aminet, but never actually posted it up there, just kept it on my personal site. 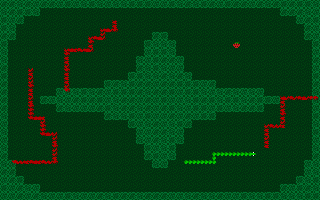 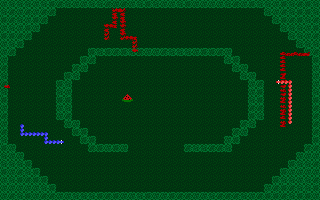 Two player madness of Snake In The Grass!

The idea of the game is simple, move around and eat the fruit. All you have to do is avoid the bushes and yourself. You should be able to fiugre out how to play.

Notes on the "Option Screen":
Current problems in AMOS Demo V0.01:
(Mostly in 2 Player games)
Things that were planned to be added:
z

This was originally written in AMOS Professional on an Amiga 1200. It started out a way to play a game like Nibbles on my Amiga. Evenutally, little more and more was added. Since AMOS Pro, never supported the AGA chipset on the Amiga, I decided to use the game as a way to learn how to program in C. I started writing a verison of Snake In The Grass! in C using RTGMaster/ChunkyPPC thanks to Steffen Haeuser. 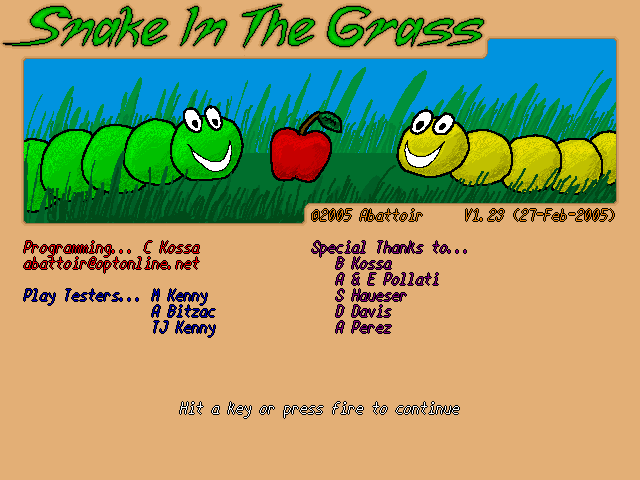 Screen shot of the start up page of Snake In The Grass! rewritten in C. This version allows for a 640x480 256 color screen. 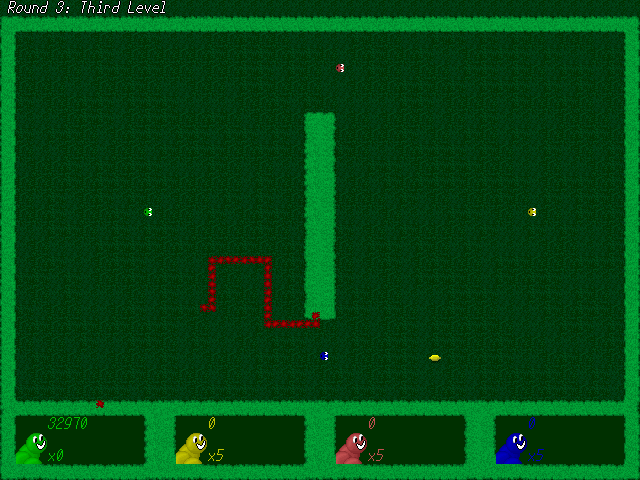 Another screen shot of the "C" version of Snake In The Grass! allows up to four players to play together.

Eventually, I ran into a slight problem with the double buffer method used in those libraries, which were very different than the way AMOS kind of functions were working. Slowly, I started to rewrite all the code handling screens and drawing functions from these libraries and created my own for making sprites and various graphics routines. Then it was put on a shelf for a long time. Once I started beta testing and programming for Amiga OS 4, I wanted to get back into game developement. I thought about how much fun programming in AMOS was and how easy it was to use. I decided to make a library of commands that were similar to the way AMOS commands worked. This lead to the Project ALF.